Vlog: We All Make Mistakes 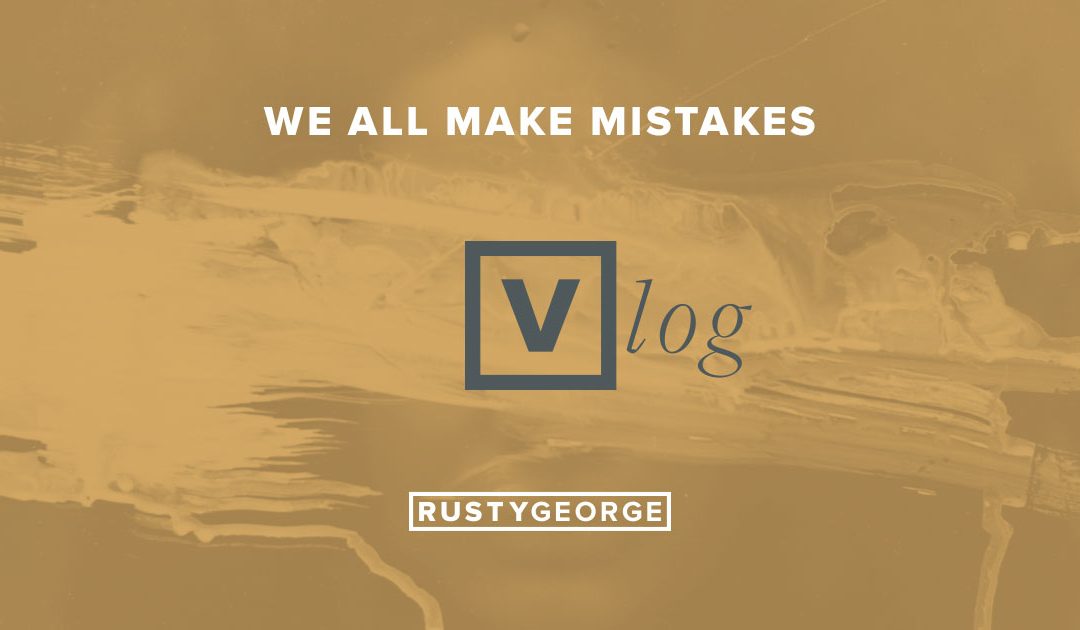 We’ve all had those moments we feel like, “I don’t know what to do, I don’t know how to respond, and I’m pretty sure I’m making a lot of mistakes that my kids will be in therapy for later on in their life.” Can I give you a few things that I heard from some sage, wise people in my life that have helped me tremendously. I wouldn’t say that I figured it out because my kids aren’t yet out of that stage yet, but I would tell ya here’s a few principles I’m holding onto.

I love telling my kids stories about funny things that my dad said or ridiculous things that my mom did to punish me, or whatever it was. And I think “It’s funny now, it wasn’t funny then”, but it was an average mistake and I’m making them too.

The second thing is somebody told me, “Make your home the safest place for your kids.” Help your kids feel the most secure, the happiest and truthfully the most boundaries at home because when there’s boundaries there security. And when they feel safe at home they always want to return. Everybody wants to be in a safe space. Make your house the place where they know they are going be encouraged rather than cut down. Where they’re gonna be lifted up rather than ripped apart. They get that every else. You can still give truth, but, you’re the one source of love.

And the last thing is this, make the story you’re writing for your kids more exciting than any other story they can be a part of. Here’s what I mean by that. Sometimes the reason our kids get attracted by bad decisions is because of the thrill of it all. Because being at home just seems boring. Does that mean you should make decisions as a family, not necessarily. But what it could mean is what if you took a different type of vacation, rather than one to get away and to relax, what if it was one on a mission trip or a great adventure that you took or one that they planned. What if you decided to pool your money together, all of you in the family to build an orphanage and then go and visit it. What if you decided to do something bigger and grander in scale so much so that everything else that they could be a part of with their friends and their classmates and even just silly stuff online it just pales in comparison. Because you’ve created a better and a bigger story for them to be a part of.

Now we all make mistakes and I know I’ve got more mistakes coming. But these are three truths I’m trying to hang onto as we all try to be better together when it comes to raising kids.