Day 7: What Are Your Assumptions About God? 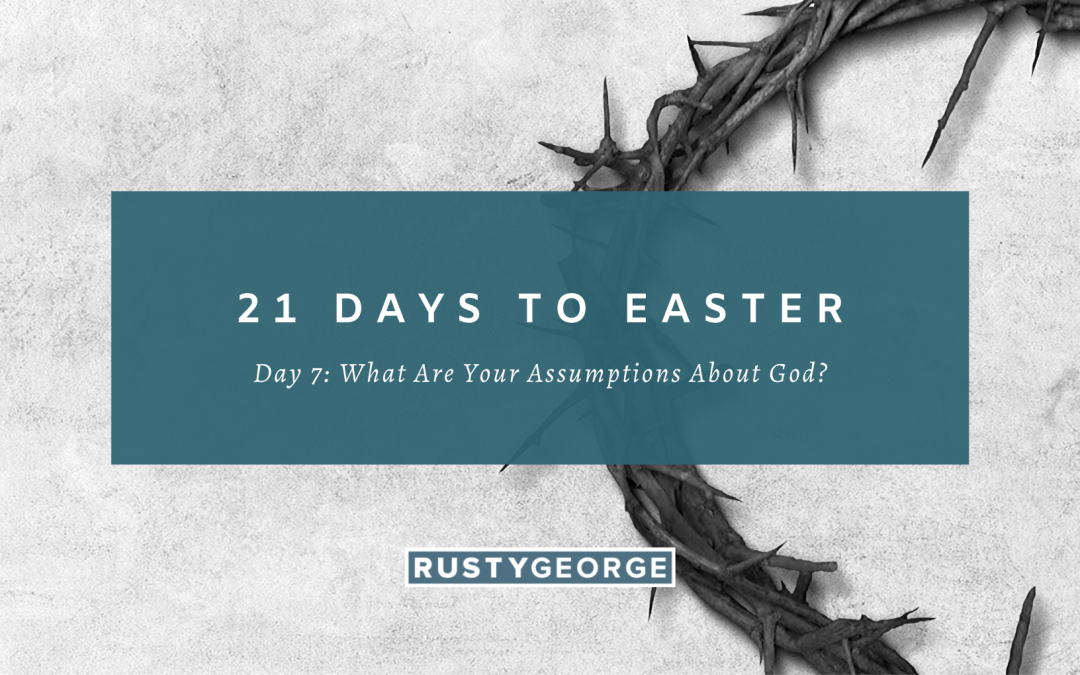 Somehow we all grow up with an image of God. And we often carry this into our adulthood. For me it was an image of a powerful being in the sky recording my every move and quietly keeping score on how well I was doing.  What is it for you?

Old man on a big throne in the sky?  Traffic cop waiting to catch you doing wrong? An angry judge waiting to declare you guilty? An absentee landlord who may or may not return?

What is troublesome is that we often take this view of God and impose it on Jesus.  He must be the one coming to do God’s dirty work. To wield his justice. Or to tell us how we’ve all messed up.

Jesus shows up at a Jewish festival one day and people begin to inquire about what he’s been saying and doing.  When he starts to talk about who he is, everyone takes issue with this and says “We know who you are… you’re the carpenters kid from Nazareth.”  Jesus clarifies a few things for them.

‘While Jesus was teaching in the Temple, he called out, “Yes, you know me, and you know where I come from. But I’m not here on my own. The one who sent me is true, and you don’t know him. But I know him because I come from him, and he sent me to you.”
John 7:28-29

Picture this. Jesus is standing in a temple filled with life long law abiding religious leaders… and he says to them “You don’t know God.”  Because if you knew me… you would know who the Father really is… and what he’s really like. In other words, instead of defining Jesus by our view of God, define God by our understanding of Jesus.

Today, spend some time asking yourself this question:

Do I let my assumptions about God define my belief about Jesus? Angry, vindictive, annoyed, disappointed, absent.

Jesus says… know me… know my father.  If you want to know what God is like, look at Jesus.