Day 8: Who Are You Accusing? 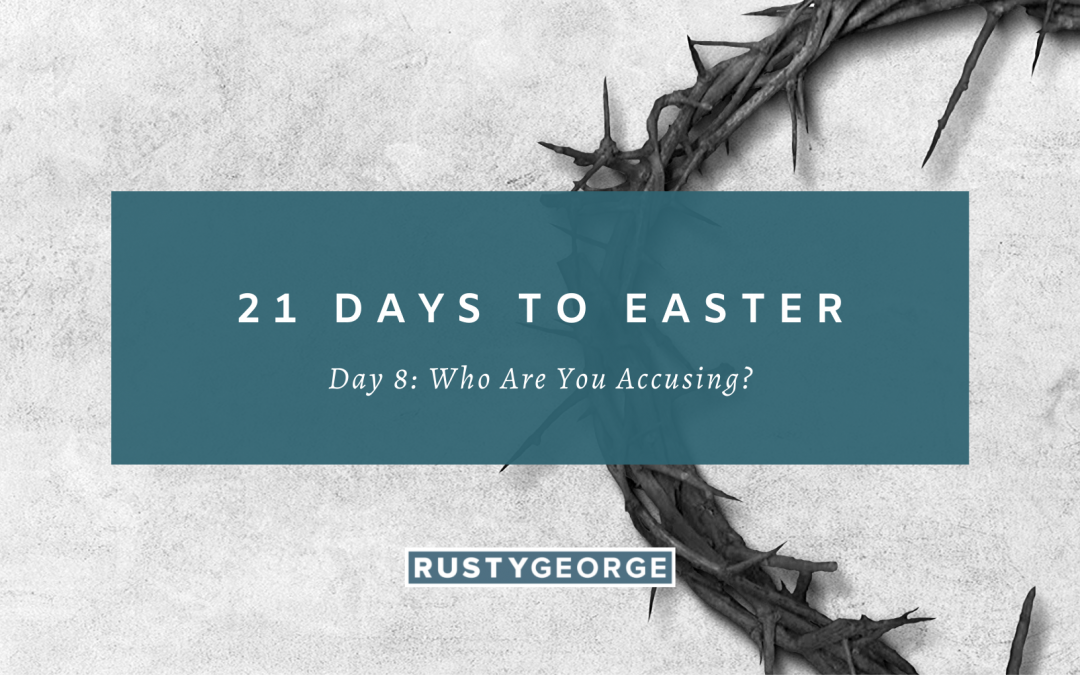 Today we read one of the most famous accounts of Jesus’ interactions with people.

“Jesus returned to the Mount of Olives, but early the next morning he was back again at the Temple. A crowd soon gathered, and he sat down and taught them.” John 8:1-2

This is not a long trip, back and forth from the Mount of Olives. It is clear that Jesus is in town, so people begin gathering and are probably waiting the next morning to hear from him.

The religious leaders are making it their mission to trip Jesus up, so they go and find a woman “in the act of adultery.”  How did they find her? And where is the man? Neither of these matter… they just want to trap Jesus.

“…but Jesus stooped down and wrote in the dust with his finger.” John 8:8

They kept demanding an answer, so he stood up again and said, “All right, but let the one who has never sinned throw the first stone!” Then he stooped down again and wrote in the dust.

Question: What is he writing? Some think it was the names of those gathered around and their sins.  #awkward.

When the accusers heard this, they slipped away one by one, beginning with the oldest, until only Jesus was left in the middle of the crowd with the woman.

Interesting that the oldest leave first.  Proof that wisdom comes with age. These guys know they’ve met their match and that they aren’t without sin.  Only the young think they are infallible and immortal.

Then Jesus stood up again and said to the woman, “Where are your accusers? Didn’t even one of them condemn you?” “No, Lord,” she said. And Jesus said, “Neither do I. Go and sin no more.” John 8:1-11