Day 10: What Is Jesus Saying to You Today? 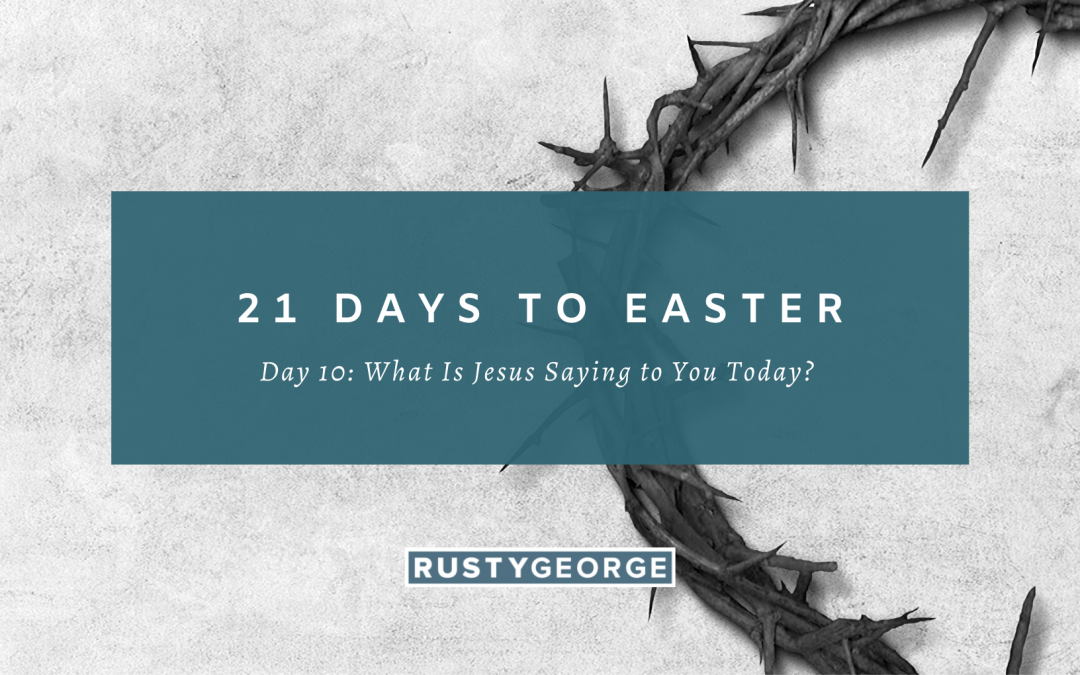 Jesus uses a lot of them because his audience knows them as well as we know dogs. (though I doubt anyone ever put a Halloween costume on a sheep back then)

So when he says this phrase, it’s a bit lost on us.

“The gatekeeper opens the gate for him, and the sheep recognize his voice and come to him. He calls his own sheep by name and leads them out. After he has gathered his own flock, he walks ahead of them, and they follow him because they know his voice.” John 10:3-4

I didn’t understand this until I went to Israel.  We were lead into a cave outside of a sheep pasture and told how shepherds would escape a storm with their flock into these safe hideaways.  Often there would be several shepherds and several flocks who would take refuge. The shepherds would then stand at the opening of the cave to keep the sheep in… and the wolves out.  They were “the gate” or “the door.” Once the storm had passed, each shepherd would call their sheep and even though the sheep had been in the cave, they would each recognize their shepherds voice… and follow him. Knowing that helped me understand the next thing Jesus said:

“I tell you the truth, I am the gate for the sheep. All who came before me were thieves and robbers. But the true sheep did not listen to them. Yes, I am the gate. Those who come in through me will be saved. They will come and go freely and will find good pastures. The thief’s purpose is to steal and kill and destroy. My purpose is to give them a rich and satisfying life.” John 10:6-10

Whether you choose to follow Jesus or not, we all follow someone.  Maybe a friend, maybe an ideal, maybe ourselves. The question is: do they have the same purpose of Jesus?  To give a rich and satisfying life. And if they do have that intention, are they able to do it?

Our shepherd is. So know his voice. And follow.

Today, ask yourself… What is Jesus saying to me today?