Day 18: Why Are My Prayers Going Unanswered? 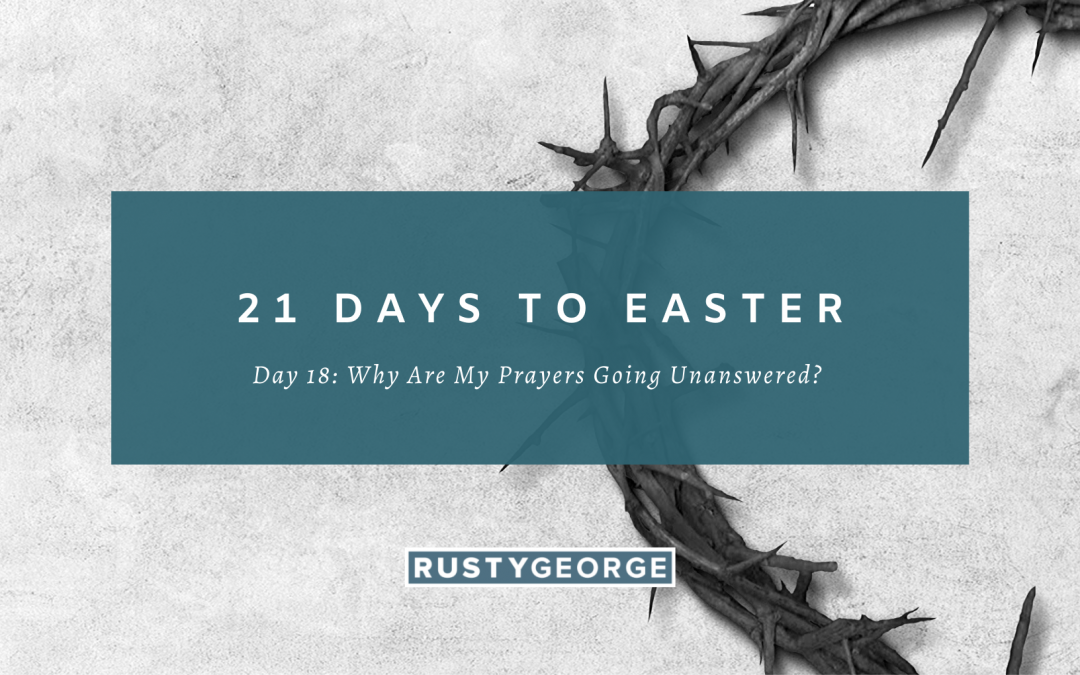 We all wonder why some prayers go unanswered.  And for many of us we think that the problem is our lack of faith or passion.  Maybe we need to stand more, kneel more, fall on our face more. Perhaps we are not praying loud enough, or earnest enough, or often enough.

Today’s reading comes from Jesus’ prayers in the Garden of Gethsemane the night before he is crucified. He is praying asking his Father if there is another option on how to save the world. As for faith? Jesus has plenty. As for passion? The eyewitnesses say he’s sweating drops of blood. And despite this, his Father still says “no.”

Look at how this plays out:

‘After saying these things, Jesus crossed the Kidron Valley with his disciples and entered a grove of olive trees. Judas, the betrayer, knew this place, because Jesus had often gone there with his disciples. The leading priests and Pharisees had given Judas a contingent of Roman soldiers and Temple guards to accompany him. Now with blazing torches, lanterns, and weapons, they arrived at the olive grove. Jesus fully realized all that was going to happen to him, so he stepped forward to meet them. “Who are you looking for?” he asked. “Jesus the Nazarene,” they replied. “ I Am he,” John 18:1-5

On my first trip to Israel I was deeply moved by standing in the garden of Gethsemane.  When you stand there you can look over the Kidron Valley into the city of Jerusalem and see the city gates and streets.  At night, it would have been so clear to see from the garden into the city where soldiers were gathering with torches and hear their clanging of swords.  This means while Jesus was praying he could have seen the soldiers gathering. In other words, while he was praying for God to say “yes” to his request, he could literally see God’s answering “no”.

The soldiers were coming. There would be no other options.  Jesus would have to drink from this cup.

“First, humble yourself before the Lord and focus on Him rather than your desire . . . Second, remain obedient to God’s will . . . Third, have faith that the Father will do as He has promised . . . Finally, be courageous.”

This is exactly what Jesus does.

Where are you sensing God might be saying “No”?  How are you humbling yourself and remaining obedient today?