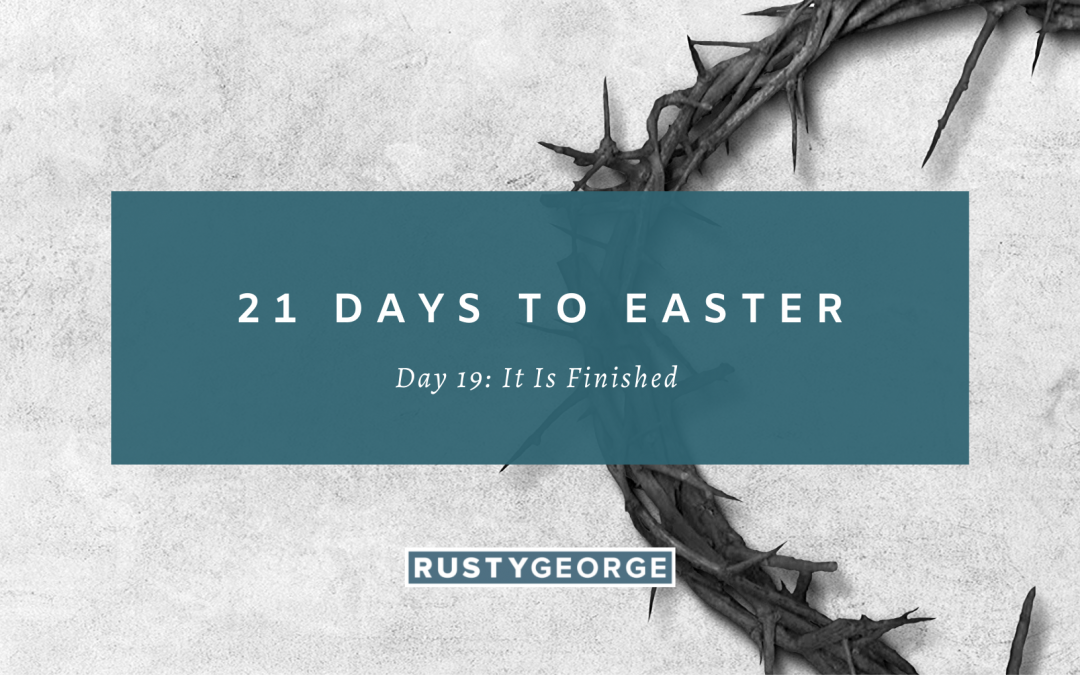 I use post it notes, day planners, apps and alerts all to get things done.  And when I’m done, there is no greater feeling than crossing them off my list.

Jesus’ entire life was a to do list. And from birth, he was checking them off. From where he was born, to how he was born all the way to where he died and how he died.  Jesus fulfilled every prediction about what the Son of God would be like and what he would do.

But more than just checking off the prophecies… Jesus fulfilled his mission.  He said “I have come to seek and save the lost.” And look at what his last words are before he died.

‘Jesus knew that his mission was now finished, and to fulfill Scripture he said, “I am thirsty.” A jar of sour wine was sitting there, so they soaked a sponge in it, put it on a hyssop branch, and held it up to his lips. When Jesus had tasted it, he said, “It is finished!” Then he bowed his head and gave up his spirit.’ John 19:28-30

The prophecies have been fulfilled.  The sacrifice has been made. The debt has been paid.

The next time you feel the weight of sin and shame telling you all the good you need to do to make it up… don’t undo Jesus’ to do list.  He’s already taken care of it. He’s already paid for it. All so you can live free.