Episode 167: Oscar winner Glen Keane on the Gospel in Beauty and the Beast animating Kobe and following Jesus through the unknown. 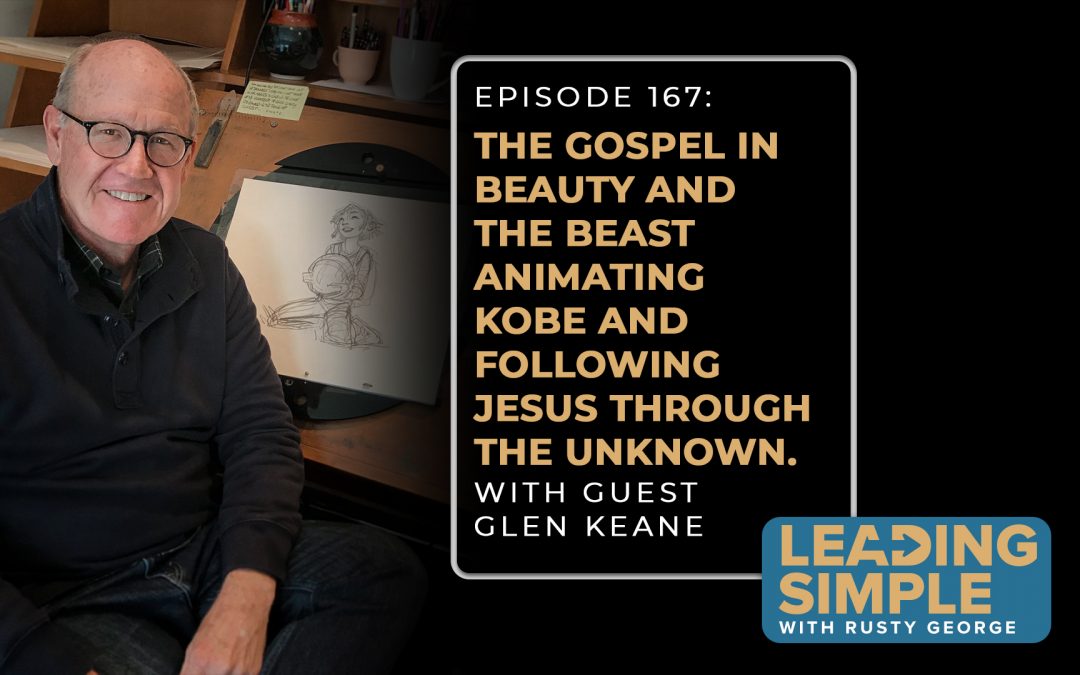 Glen Keane, a 38-year animator and Academy Award winner who created many beloved characters such as The Little Mermaid, Aladdin, The Beast, and more, joins Rusty on Leading Simple. They talk about everything from his family, time at Disney, animation, including working with Kobe Bryant on Dear Basketball, and how he weaves the gospel through his art.

Glen Keane is a 38-year veteran of Walt Disney Feature Animation, training under Walt Disney’s Nine Old Men. Glen created many beloved Disney characters such as The Little Mermaid, Aladdin, The Beast, Tarzan, and Rapunzel. In 2012, Glen departed Disney, founding Glen Keane Productions as a way to further his exploration of animation, design, and film. He has since collaborated with partners such as Google Spotlight Stories and the Paris Ballet. Glen’s most recent collaboration, “Dear Basketball” with John Williams and the late Kobe Bryant, received the 2018 Academy Award® for Best Animated Short Film. Glen recently directed the animated feature film Over the Moon in partnership with Pearl Studio and Netflix, which was released in Fall 2020.