When Being Good Doesn’t Make You Feel Good Anymore 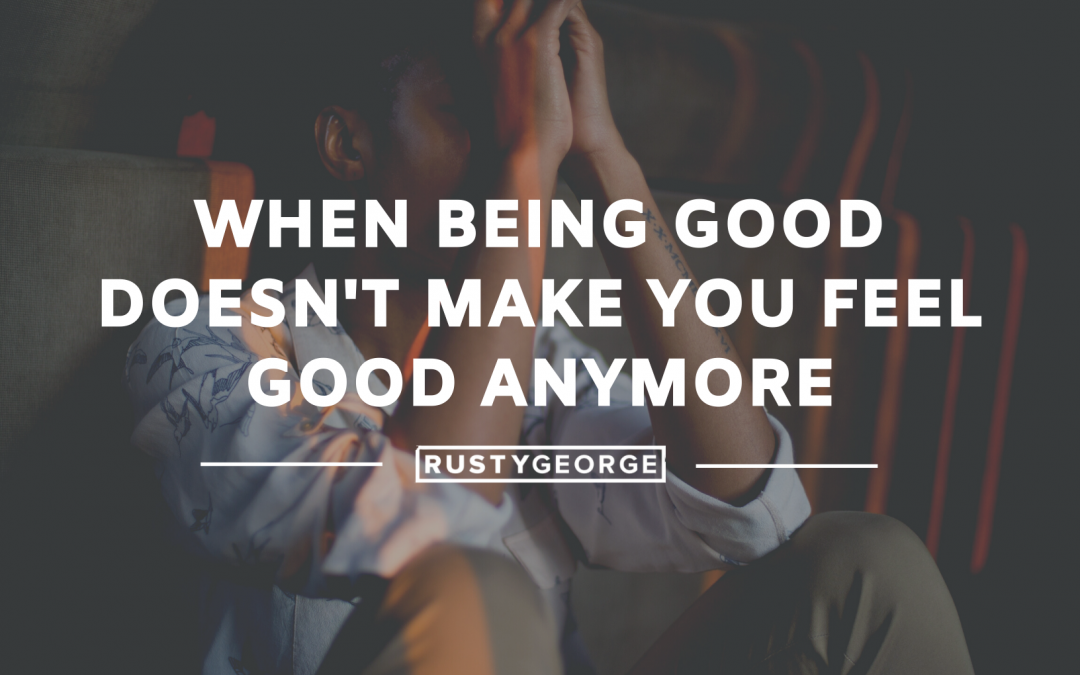 We are in a series at RLCM called “You Belong Here” and we are talking about the famous story Jesus tells called “The Prodigal Son”.

(If you’ve never read it, stop reading this and go read the entire chapter of Luke 15.)

This past weekend we talked about the other lost son in the story (watch here): aka, the older son who stays home and is a “good boy”.

But despite being the good boy and doing everything right, he ends up becoming a very bitter boy…

If you are a rule follower, an older sibling, a good citizen, and sometimes get bitter by those who don’t play by the rules, then this blog is definitely for you.

My friend and a well-known pastor/author Larry Osborne once said in his book Accidental Pharisees:

“Becoming a Pharisee is a lot like going to dinner at Denny’s.  You never plan to go there, you just end up there.”

A Pharisee in Jesus day was someone who was a religious leader and upheld the law, but often there was no love in their heart.

They were good… and they were bitter about anyone who wasn’t as good as they were.

Tim Keller in his outstanding book The Prodigal God says there are two lost brothers in this story: one lost in a far away country, and another who is lost at home.

Odds are if you are still reading, you know what I mean.

You’ve tried the path of moral conformity and it only left you frustrated with the backsliders who roll into church on Christmas and Easter and yet God still seems to bless.  You’ve tried to be good enough, but always struggle with wondering if you are ever good enough.

Can I give you a simple solution that will wreck your world like it wrecked mine?

Ask God to show you your sin.

“God, convict me of anything that is less than you.”

“God, show me anything that is hidden that is not in line with you.”

“God, bring to light any arrogance or bitterness that i’ve hidden from you.”

“And then God… remind me of your great love and forgiveness for even me.”

I love how David prays this in Psalm 139. He has just recounted all the greatness of God, and how he hates anyone who doesn’t feel the same about God… and then, almost in a moment of conviction… he says this:

“Search me, God, and know my heart; test me and know my anxious thoughts. See if there is any offensive way in me, and lead me in the way everlasting.”

So, pray that for 30 days… And then come running into the arms of your loving father.

The father who said to the older son, and who says to you today, “all that I have is yours”.