10 Sports Books that Will Make You a Better Leader 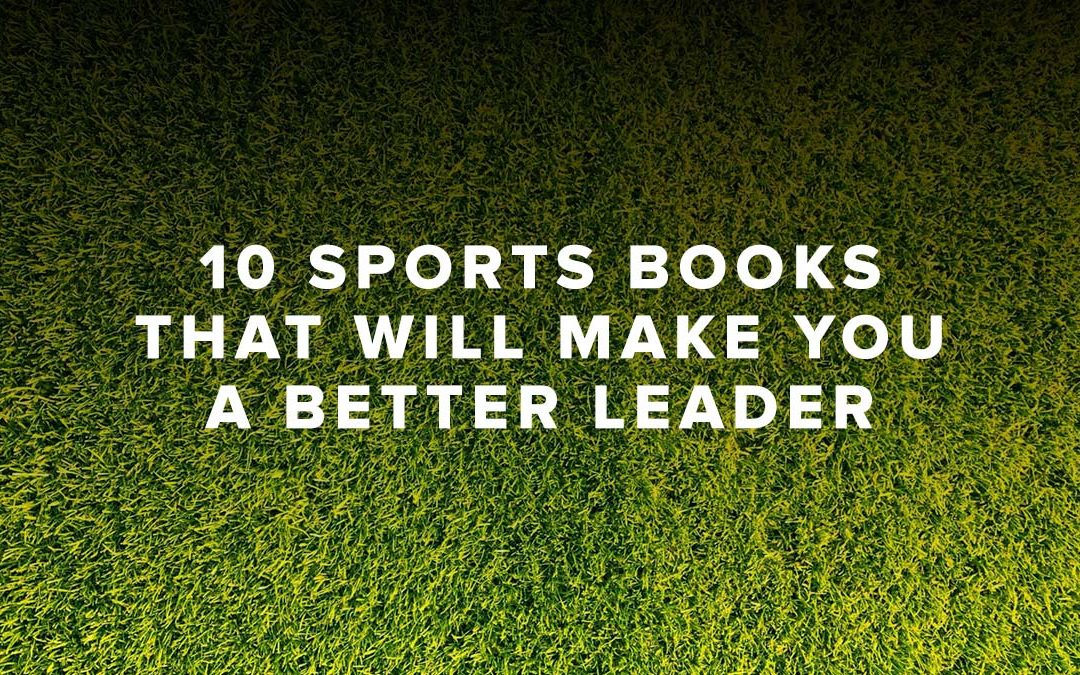 For those who follow my blog, you know that I love sports. While I’m a loyal fan of my teams, I’m also just a fan who enjoys any form of competition.  The focus, the skill, the strategy, and the teamwork involved are always inspiring. Not only are games inspiring, they can be a great way to relax after a long day.  Watching others compete on a court while I sit on a couch is always thrilling.

But several years ago I took up a new hobby based on sports – reading books about the coaches, managers, and organizations that make the games even happen.  I found numerous nuggets of wisdom from coaches who have to manage egos, talent, expectations, and, of course, criticism.

Here are a few of my favorites that I’m sure you’ll enjoy (even if you don’t like the team or sport they represent).

1. The Cubs Way by Tom Verducci

While I’m not part of the Cubs’ bandwagon that reassembled a few years ago, I found the tactics of having a five-year plan to break a 108-year-old championship drought to be fascinating. The issue is not how to find the BEST players, but rather the best players for your BRAND of baseball.

2. The Motivational Techniques of Urban Meyer by Leadership Case Studies

This is the first of several “Leadership Case Studies.”  These are short reads yet they cut right to the chase of the best things each coach can offer.  And this book walks through how Urban Meyer motivates young adults in a world where they were always told they were the best.

Even if you aren’t a sports fan or play golf, you have undoubtedly heard of the rise and fall of perhaps the greatest golfer of all time – Tiger Woods.  This book, though graphic at times, gives you a step by step manual of how to ruin your life.  Starting with a dysfunctional home and an untamed ego, Tiger’s demise is a warning to all of us about how we deal with success.

I love Phil Jackson books.  They are always well written and very thoughtful.  This book walks through each of the 11 championship seasons that Phil coached.  No one has been more successful at managing talent and egos than this coach. From Michael to Shaq to Kobe, Phil was incredibly specific and strategic in his approach.

5. The Score Takes Care of Itself  by Bill Walsh

Bill Walsh was not supposed to be a great coach.  He worked his way up the ranks by being more skilled and disciplined on values than on winning.  And in the end, he walked away being hailed as one of the greatest football coaches of all time.  His theory of “do the right things and the right things will happen” became a guiding principle for his philosophy of “the score takes care of itself.”  This is a  book filled with transferable principles regardless of your vocation.

6. More than a Season by Dayton Moore

All right, I’m a Kansas City Royals fan, so I’d read this even if you told me it was bad. But this book by the general manager of the Kansas City Royals is fantastic.  He came into a losing organization with a small fan base and no money, then convinced them to buy into his ten-year plan (in a world where success is expected in six months) and then actually pulled it off.  He changed the culture one person at a time.  It is from this book that I get one of my favorite personnel evaluating tools: “Do they have a critical eye … or a critical spirit?”

Another short Leadership Case Study, but this one is unique in its focus on player development.  Steve’s tactics literally changed the NBA.  The way he ran his offense, of course, but more importantly how he managed his players.  How do you keep ALL 12 guys involved even though some never play? How do you be their friend, but also their boss? How do you incorporate new talent? How do you follow a coach that most thought shouldn’t be hired?

For those who think only extroverts win, think again. This Leadership Case Study walks us through the meticulous thought process and execution of one of the NFL’s greatest coaches.  From how to let everyone have their say to how to deliver great results, this is a great read.

9. The Management Ideas of Nick Saban by Leadership Case Studies

Love him or hate him, Nick Saban wins.  And he’s won a lot.  But how do you KEEP winning when the people you recruit will have to wait in line?  This, another Leadership Case Study, is a well-documented account of how to recruit and keep talent.

10. A Season of Life by Jeffrey Marx

I’ll admit, I had never heard of this story or the people involved, but it came highly recommended.  It’s the true story of a pro-football player who made dramatic changes in his life due to influence and mentoring of those close to him.  This lead to him making the same type of impact in others.  Great book for a men’s group.

So, those are mine.  But I’m always looking for more. What are your favorite sports books?