Do You Know Who WASN’T at The First Christmas? 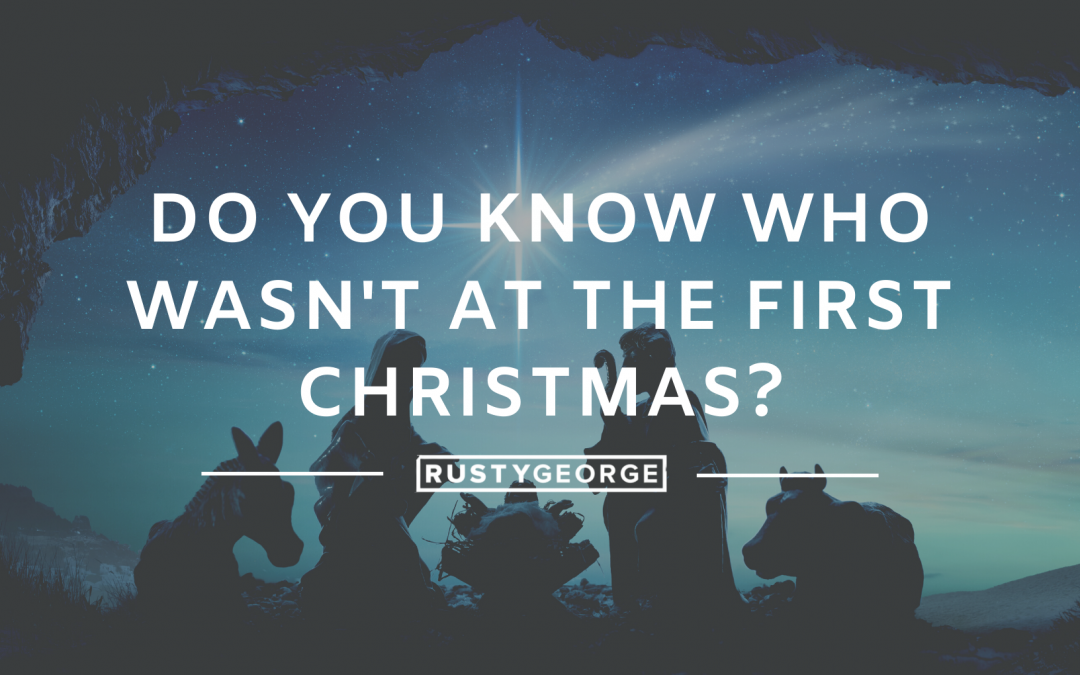 I worked on the title of this blog for awhile. I was hoping for some Christmas click bait, and these were some other options:

“All you’ve heard about Christmas is wrong!”
“You won’t believe what happened after Jesus was born!”
“Mary wore THIS for Jesus’ birthday???”

The wise men weren’t there…

Yes, it looks like they are based on the common nativity scenes we use.  But take those guys and put them over behind the couch.  They don’t show up until Jesus is around 2.

Wise men, or Magi, were considered astrologists and sorcerers and often traveled in packs.  They had seen the star, read the prophecy and it took them some time to get to Jesus.

There was no innkeeper…

We’ve all heard Linus say “because there was no room for him in the inn.”  But no mention of an innkeeper turning them away.  That’s what we read into it.

Reality is that Mary and Joseph were not shut out of the local Motel 6.  Instead they had reached family only to find that the guest room was full.

So, they ended up downstairs, probably outside in a cave, where the families animals were kept  But no innkeeper saying “No vacancy” for you!

Ok, those two might be shocking… or at least interesting. But here’s the one that matters most.

There were no perfect people…

We often assume that Mary, Joseph and everyone involved in the story are God’s chosen perfect people.

And part of that is true. They are God’s chosen. But none of them were perfect.

From the shepherds all the way to Mary herself, all of us are broken people used by God to do his will.  In fact, what might be encouraging to you is not only were they imperfect, they were looked down upon by society.

These were the poor, the backwards, the social outcasts… and they were used by God to bring the greatest news to earth.  God is with us.

Join us for one of our Christmas services this year, we’d love to have you.